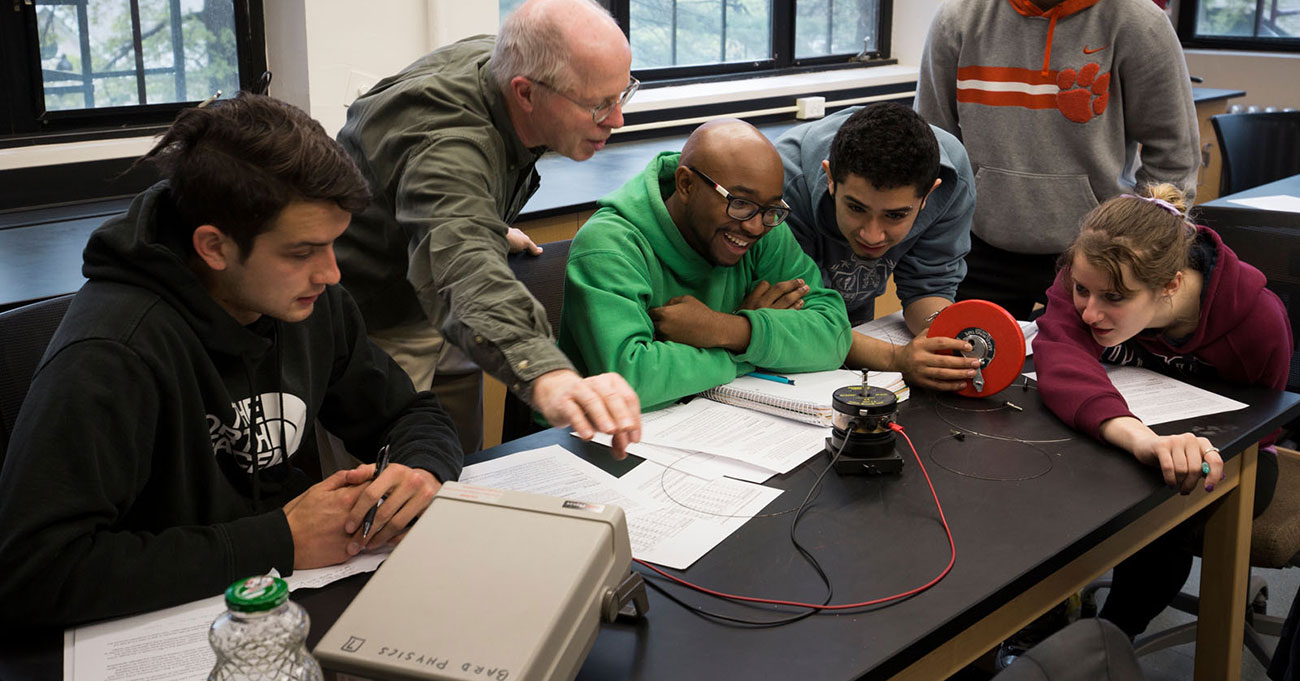 Apply Now!
The Bard Physics Program is dedicated to helping students at all levels gain a better understanding of the universe and how it works.

Hear from Our Students

Listen to our students discuss their research, collaborations with faculty, and interdisciplinary study at Bard. 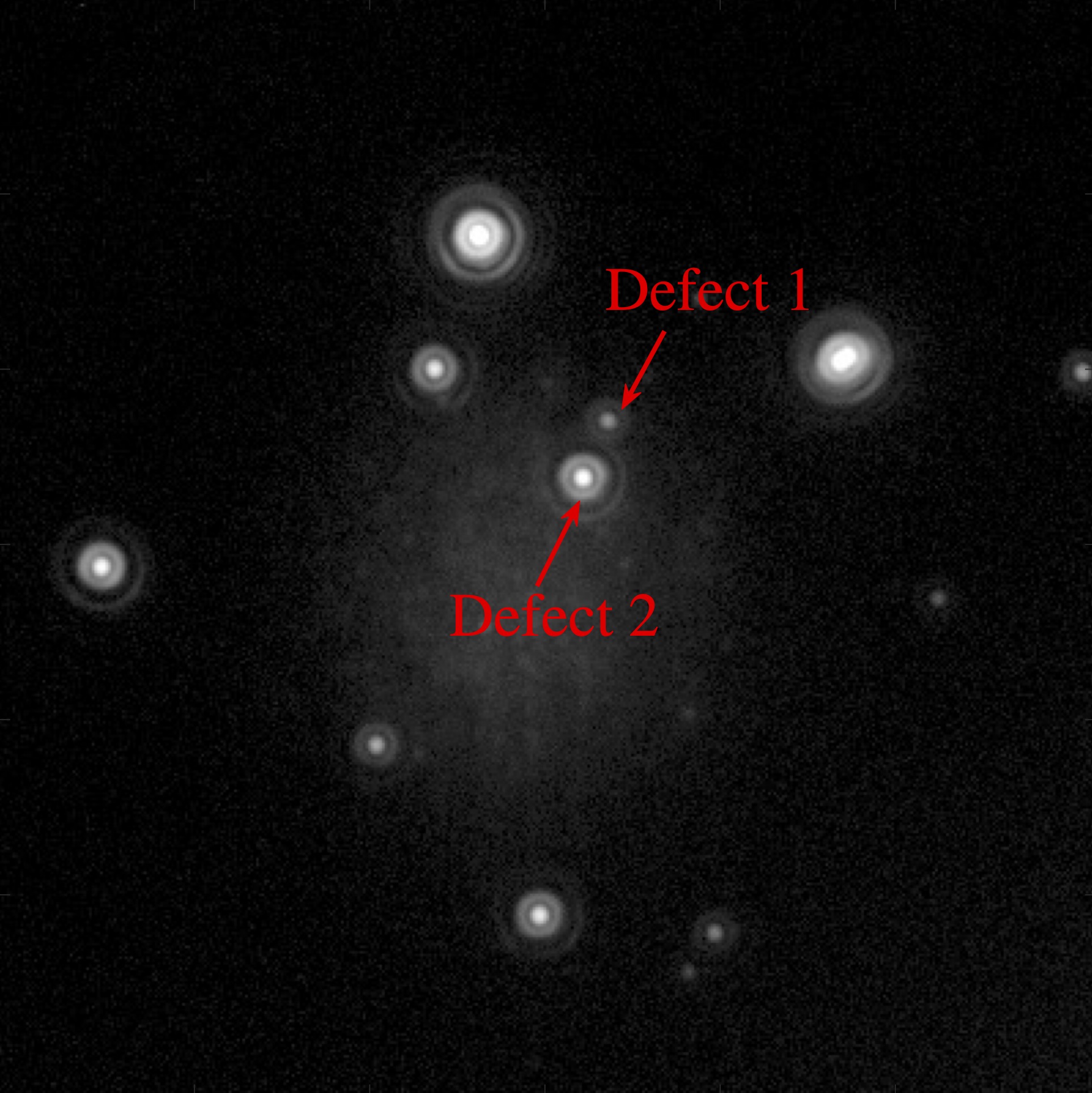 Physics students working in the Gravitational-wave Optics Lab (GOLab) publish in a peer-reviewed journal their work related to making better mirrors for future gravitational-wave observatories. The paper describes a novel set-up for better measuring the quality of mirrors used in precision experiments such as GW interferometers and quantum optics. The technique is able to better identify defects on the mirror surface, allowing for their further characterization. These kind of measurements lead to the development of new material that will allow precision experiments to reach new limits in metrology.

The article in the journal Optics Express can be found here. 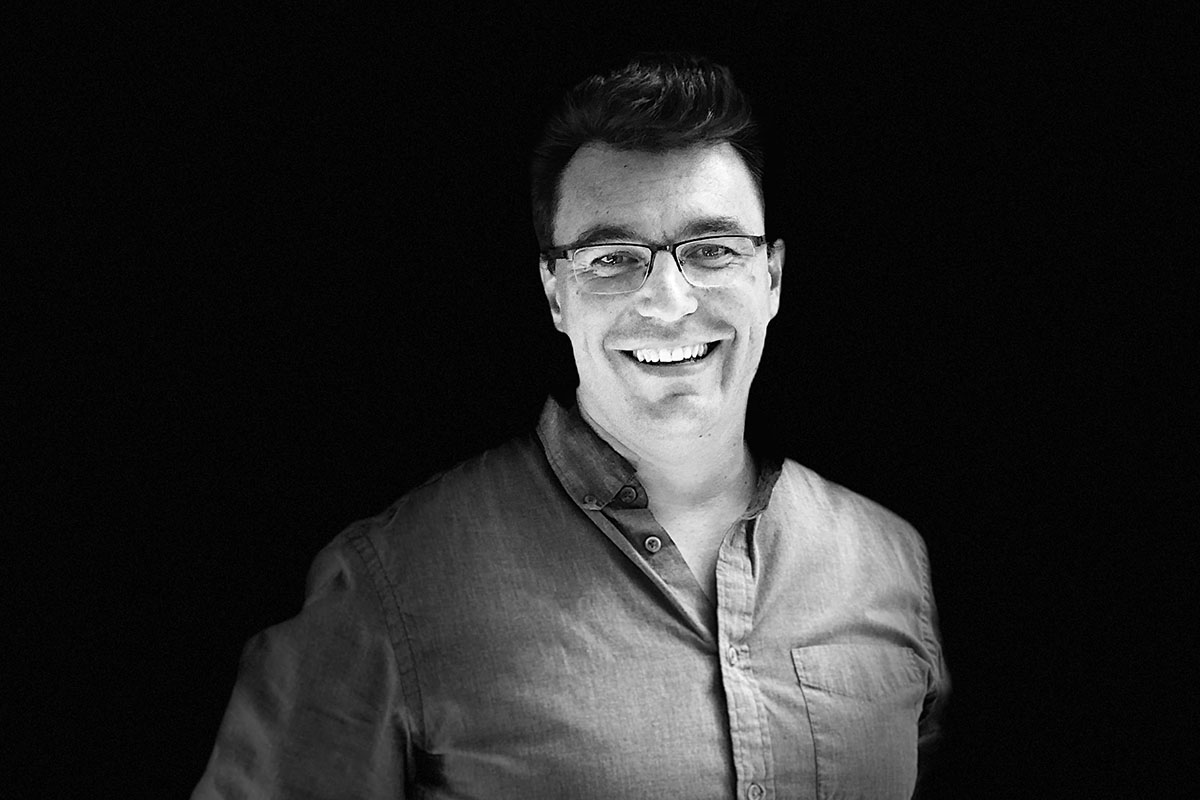 Professor Haggard and his fellow researchers were awarded the Buchalter Cosmology Prize at the 235th meeting of the American Astronomical Society in Honolulu, Hawaii, on January 6.

Bard College Assistant Professor of Physics Hal Haggard and his fellow researchers were awarded a 2019 Buchalter Cosmology Prize at the 235th meeting of the American Astronomical Society in Honolulu, Hawaii, on January 6. The annual prize series, created by Dr. Ari Buchalter in 2014, seeks to reward new ideas or discoveries that have the potential to produce a breakthrough advance in our understanding of the origin, structure, and evolution of the universe. Professor Haggard and his colleagues were recognized for research testing the Bekenstein-Hawking entropy of black holes.

The $5,000 Second Prize was awarded to Professor Haggard, of Bard College and the Perimeter Institute for Theoretical Physics, and colleagues from the Pennsylvania State University: Eugenio Bianchi, Anuradha Gupta, and B. S. Sathyaprakash (also of Cardiff University). The judging panel recognized their paper, “Quantum Gravity and Black Hole Spin in Gravitational Wave Observations: a Test of the Bekenstein-Hawking Entropy,” as “a remarkable test of the thermodynamic character of black holes, predicting the spin characteristics of an initial primordial population of black holes that thermalize in the early universe, and which could be detectable by current and near-future gravitational wave detectors.”

Haggard’s work is part of an ongoing scientific revolution in the study of black holes. Last year, scientists captured the first direct image of a black hole, less than four years after measuring, for the first time, the gravitational waves created by the collision of two black holes circling one another at nearly light speed. These waves directly oscillate space and time. Contrary to initial expectations, pairs of black holes crashing into each other give rise to most of the gravitational waves we can currently measure. Advanced facilities like the Laser Interferometer Gravitational-Wave Observatory (LIGO) are now observing and measuring black hole collisions about once a week.

Previously, scientists only knew about two main types of black holes: X-ray binary systems, which often contain one active star and a black hole, in the range of five to 15 times the mass of our sun, that “siphons off” mass from the donor star; and supermassive black holes, a class that includes the black hole imaged in 2019, which measures about 6.5 billion solar masses.

Prior to LIGO, physicists did not expect that the main class of binary collisions measured would be of two black holes, or that those black holes would have masses in the range of 20 to 80 solar masses. Most surprising of all, it now appears possible that most of the black holes measured through gravitational waves aren’t spinning at all before they collide. Scientists had thought that the majority of black holes were formed in the gravitational collapse of a rotating star.

Haggard and his colleagues’ paper shows that black holes formed in a different way, as part of the hot primordial soup of the early universe, could naturally have zero spin. The authors also find that these black holes would be expected to have masses of 10 to 100 times the mass of our sun. Their arguments are based on understanding how entropy and temperature determine the physical characteristics of a black hole, for example its spin.

“I’m delighted about this paper because it brings together so many of the strands of my work,” says Haggard. “Gravitational wave measurements are an exciting probe of the rich interplay between gravitational thermodynamics, black holes, and the early history of the cosmos. It is a rare point of contact between the ideas that go into a quantum theory of gravity, like black hole entropy, and experimental observations that are happening right now.”

Dr. Buchalter, a former astrophysicist turned business entrepreneur, established the prize series in the belief that significant breakthroughs in the field of cosmology still lie ahead but might require challenging and breaking with accepted paradigms. “The 2019 prizewinners represent bold thinking that can help open up new frontiers in our understanding of physics and of the universe,” said Dr. Buchalter. The judging panel for the annual prizes is made up of leading theoretical physicists noted for their work in cosmology. The 2019 panel included Justin Khoury and Mark Trodden of the University of Pennsylvania and Lee Smolin of the Perimeter Institute for Theoretical Physics. Learn more at buchwaltercosmologyprize.org.